A couple of weeks ago the Roach Middle School Band Brass Choir participated in All Region band competition where they did the Battle Hymn of the Republic.

They received “Outstanding Ensemble” for the performance.

For the last two years I have volunteered at Andrew’s school through the “Watch D.O.G.S” program. The idea is to spend the day in the school working with kids on reading, math, or playing games. At Andrew’s school it’s really well organized and they have a printed schedule that lists the classes, teachers, and times of where I need to be and the teachers have activities I do with the kids.

They always make sure that one of the classroom visits includes your child’s room and you get to have recess and lunch with your kid.

Last week I did my day and it was too cold to go outside for recess so they do an in class recess. It’s free time to play on the computer, do art, read books, or whatever you want to do.

As I was walking around the third grade class seeing what everyone was up to there was a group of boys sitting on the ground looking over a D.C Comics Super Hero Fandex. It looked really cool so I sat down in a chair to chat with them and the conversion when something like this.

Me: That looks really cool.

They started fanning through the characters showing me some of their favorites and they were so excited the two boys were talking over each other.

Me: One of my favorite characters is the Green Arrow.

Kid 1: Yeah, do you watch the Arrow series? We’ve seen all the episodes.

Me: What other characters are in there?

Me: Oracle, I’ve never heard of her.

Kid 2: Yeah, she used to be Batgirl but then she was attacked by the Joker

Kid 1 interrupting Kid 2: The Joker surprised her and and shot her

Kid 2 interrupting Kid 1: No, she opened the door first and he was there and surprised her then then shot her and now she is paralyzed.

One of the kids stands up at this point and shows me with his hands at his stomach and moves them down to his legs adding “Just from the waste down.” 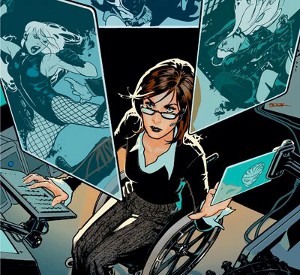 Whoa, What!!! Did I just hear that right.

I’m not proud of it but at this point I lost and and started laughing out loud.

More confused looks from Kid 1. He had no idea what was going on.

More confused looks from Kid 1. He has no idea what Kid 2 is talking about.

I intervened at this point and steered the conversation away from Batwoman. I hate to see what the dinner table conversation at Kid 1’s house was going to be.

The things you learn from 3rd graders. 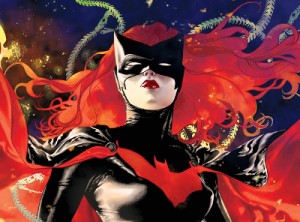 It’s official, I’m fully over a year behind on posting anything to the website. I’ve been filled with good intentions with but good intentions don’t actually get pictures posted. I’ve made an attempt to at least get through the 2013 pictures but I can’t promise anything about 2014.

Hopefully it won’t be another year before I get to 2014.

I use Google Picasa for viewing, organizing, and to do some basic photo editing for my pictures. Mainly just organizing since I find it very easy to find what I’m looking for.

It has a “People” feature where it uses a face matching algorithm so you can find all pictures that contain a particular person. Once you name a person it will search all your other pictures where you can “confirm” or “ignore” the picture which I suspect fine tunes the algorithm. I don’t find the feature particularly useful but every now and then I go in there to see what it has matched.

Tonight when I got to my name it presented the following pictures of me and then I came across this guy in the bottom right corner. 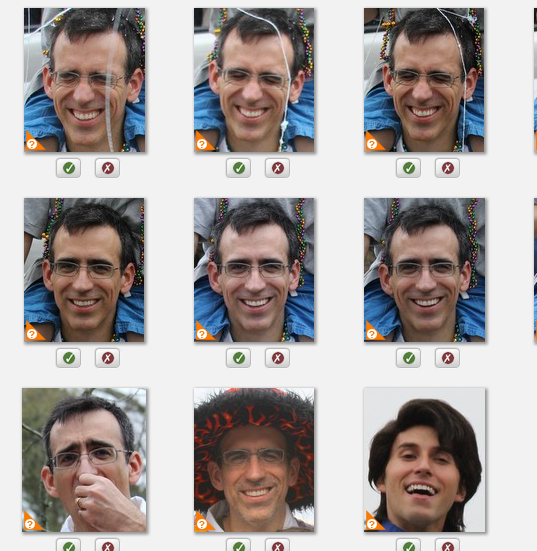 Who the heck is he? 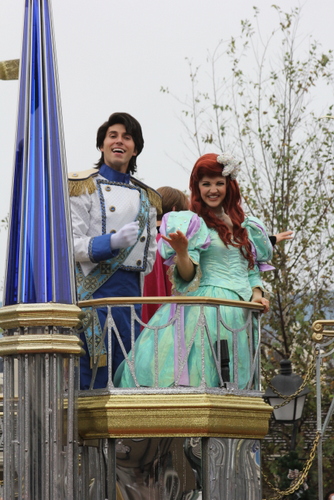 Ah, Prince Eric from the Little Mermaid. I’ll forgive you this time Picasa.

I took Andrew and Caroline to the zoo today since Andrew has asking now for a while. And by a while I mean it’s been the only thing out of his mouth this week. 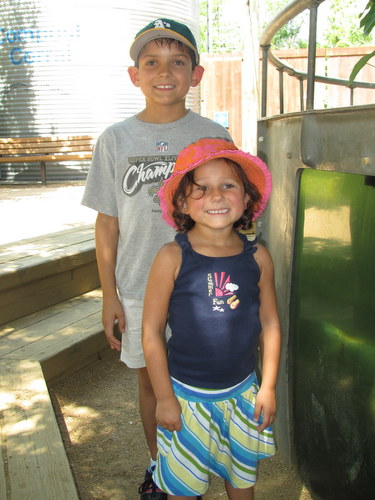 Here we are hanging out in front of the Koi Pond.

Half way through our day we came across a demonstration where they brought out this smaller cat that looked to me like a small cheetah except that it had spots on its body and stripes on its neck and tail. 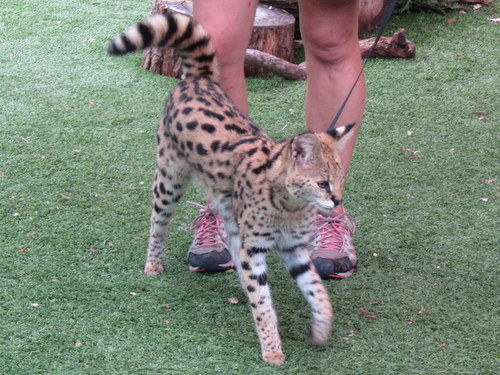 It moves fast like a cheetah and it turns out they can run about 40 miles an hour making it the second fastest land animal. It also has some amazing leaping power where they had it jump from a sitting position to a platform that was about 8 feet off the ground. (Which I didn’t manage to get a picture of, this one was it jumping off a post.) 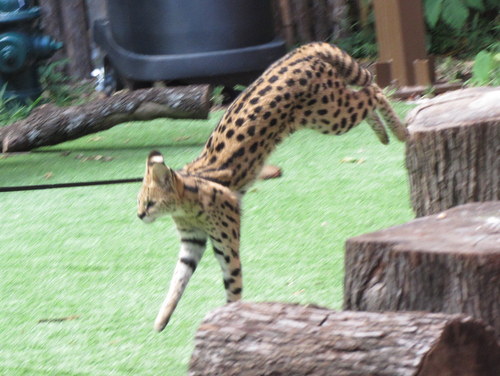 “There is another small cat like this that also has the same jumping ability that we have here in the zoo, does anyone know what it is?”

Andrew’s hand immediately shot in the air and I was filled with absolute panic, there is no way he knows this. His was the only hand raised out of the entire crowd of about a 100 people so the keeper called on him.

“The Caracal” he said.

My first thought was “The What?” and the Keeper was also very impressed and she let him know too.

I’m not sure why I ever doubted him.

For the rest of us not quite as well versed with out animals here you go.

About two weeks ago our refrigerator started to die. Our fridge has a digital display that shows the temperatures and I noticed that for the freezer it just wasn’t keeping up. Instead of the normal value of 0 it was hovering around 20. The fridge was marginally better but still warmer then it normally was.

After pulling it out and cleaning off all the components which didn’t help I called the repair guys who said that both the control board and the heater was bad. (I have to confess I didn’t realize that there was a heater in there but it’s used for the automatic defroster.) They had to order the parts and scheduled a time to come back and fix it. In between the two visits the fridge totally went out. One morning when we got up Jen found a huge puddle of water on the floor and it was almost at room temperature. All the meats and perishables had to be thrown out and anything we thought we could save went into the cooler. 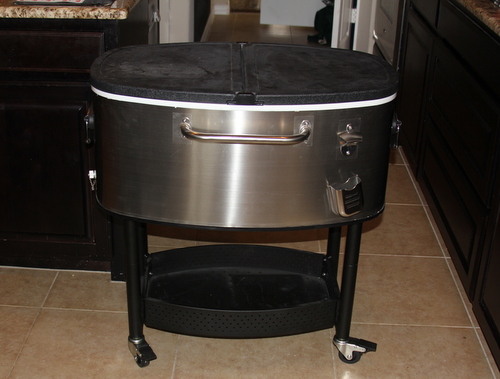 When they came back to finish the repair they said that since the defroster had been broken for so long that we should leave the fridge off of at least another 48 hours to let the ice melt completely. Apparently it was at least an inch thick behind the freezer wall.

Every day since the repair was finished Andrew desperately asks if we have any milk so he can have “real” cereal for breakfast. Sadly, until this morning the answer was no.

Today he got up and was so excited that he was able to have his Cheerios with milk that he came back for a second bowl.

For Christmas this year we surprised the kids with a trip to Disney. We went at the beginning of January which was a really perfect time since the weather was great and the crowds were really not bad at all. If you follow me on Facebook I posted a couple of updates and pictures while we were there and I’ve just now finally got around to putting all the better pictures on the web site.

In case you missed it during the Grammy’s, my public service announcement for the day. 😛